Ok, let’s try to focus back here. For the past two posts, I’ve been looking at rebounds per game and turnovers per game. I’m trying to correlate this to ORtg which is a per 100 possessions stat. Intrinsically, I guess I didn’t think that pace was too different from team to team. I mean, I know that the Warriors play at a much faster pace than, let’s say, the Spurs, but I just thought it was a matter of a few possessions here and there. Kind of like that turnover chart where the difference between the 2016 4th best team (raps) and the 5th worst team (rockets) was 2.5 turnovers. Again, although I know the logic is principally flawed, I thought there would be a much smaller gap that at least would show some correlation even if it wasn’t a strong one.

I’m now getting flashbacks of 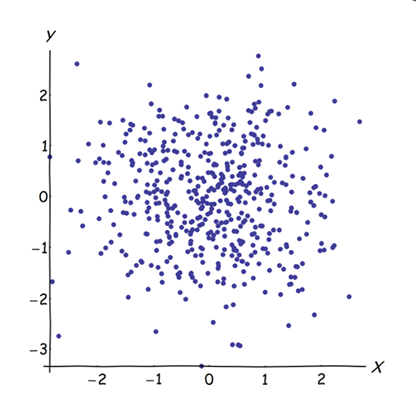 I’m not sure what you guys see, but this is basically what I see: Yeah, yeah, it’s all my fault, I can’t analyze worth jack I GET IT BUT THAT’S WHAT THIS BLOG IS FOR.

An estimate of possessions per 48 minutes

Awesome, this is basically what I need! Essentially, let’s go back to the drawing board with ORB / DRB, and let’s try to find ORB / 100 possessions to correlate exactly with ORtg, which is

Sorry, am I getting carried away with the markdown block quotes now? I just discovered them. Anyways, let’s see what else I have. If I let the following “variables” represent the following metrics:

Let’s work backwards starting with what I want

Lol, what? I have to do a series of conversions to get to rebounds per 100 possessions, and the formula above seems pretty much like black magic. Let’s work it out though:

KAPICHE? I won’t disclose the amount of time it took me to think about, fix, and write that out. Had another “what am I doing with my life” moment in there as well, but each time it gets less painful.

Let’s try this calculation with TOV / 100 possessions to continue where we left off last time.

Let’s try to regenerate that turnover graphic for 2016 we created in the last post. The last post outlined turnovers PER GAME, discounting pace, and looked something like this:

To me, this is essentially a ranking of pace. Minutes / game and the actual turnovers themselves are sure to play a part, but they are relatively similar for all teams (how many overtime games are there in a season, even?), so pace would be the more heavily deciding factor. I just want to double check this really quickly and see if it correlates with pace.

Very similar ordering. I also want to see if this hit any teams hard in terms of where they rank vs other teams. This is more of an absolute metric that I don’t think I can use in any real quantitative analysis, but just for my own curiosity.

Okay, my hunch is correct, but hmm I didn’t expect it to make that big of a difference. Anyways, I’m not going to use the rankings and it’s quite clear from the relative difference that POR didn’t experience that big of a jump in turnovers after adjusting for pace. Just interesting to see.

This is just getting stupid now… how about correlating it to just straight up Win %…?

The team with the second highest W/L% was one of the better offensive rebounding teams in history as well… This literally backs the thought that offensive rebounding just doesn’t matter, nay, rather, this is one small, small piece in the overall equation, and may even be the latter half of a causal relationship.

Let’s check out what these two teams were like across the board:

First off, I knew that the 15-16 warriors had that historic season last year, but it really didn’t hit me that one of the greatest teams that ever existed, if not the greatest team came from an era where I was an avid basketball watcher. Despite the era of social media and facts just hitting you in the face left and right, you just somehow don’t believe that you’re watching it live.

But anyways, a few things that jump out to me right off the bat just looking at basketball-reference data:

No other stats really jump out at me, though. There are discrepancies here and there among the teams (DRB, BLK, AST…) but nothing that jumps out at you quite like pace or threes. Let’s try to adjust for pace on these metrics and see if they’re more comparable.

The bulls crank out

The warriors crank out

In terms of percentages, the bulls and warriors both shot at quite an elite level with ~50% on twos, ~40% on threes, and ~75% from the charity stripe. How did the warriors match the bulls ORtg given 7.5 less scoring opportunities? I guess 3’s?

Let’s say the bulls just used those ~8 possessions and scored 2 twos, 1 three, and missed / turned over the rest of the possessions. They would’ve gotten an extra 7 points from those possessions. A decent difference to say the least.

The warriors, however, given that they attempted less shots, attempted 13.5 more threes per 100 possessions than the bulls. They hit them at around 40%, so this gives them an additional 5-6 points per 100 possessions! I’m sure I’m not considering all the factors here, but there you go, just from threes, they were able to make up a few traditional possessions worth.

It seems that the warriors were so good at 3 point shooting, they could basically afford to not really concentrate on offensive boards and get the same offensive output… wow.

Honestly here I have no clue because both of these numbers would rank in the bottom third of the league today… I won’t go analyzing the 80’s style of basketball just yet, but suffice it to say both of these teams racked up quite a few turnovers. This leads me to believe that the turnover vs ORtg graph also looks something like:

Or maybe even proportionately related! If only a team could attain 25 turnovers per 100 possessions. They’d probably get like, I dunno, 103 wins or something.

All I have the energy to say right now is that it seems that both teams managed to get points, and get points efficiently whether it be from shooting well, shooting 3’s, extending possessions by rebounding, or perhaps just having that tenacity to put the ball in the hole (Steph / Jordan?).

Just looking at these two teams is really interesting though. I was 7 years old in 1995 and, to have watched, let alone understood, let alone liked basketball is a gross overstatement. I have to do my homework in understanding exactly how the style of play impacts the stats here. That offensive rebounding horror was enough to basically deck me in the face and say that simple analytical techniques looking at just numbers is outright stupid.

I might just have to look at offense as a whole suite, defense as a whole suite, and how they play off each other as well. I probably also need to get off my ass and go outside and actually play some basketball with some of these factors in mind. Still, really good learning experience just to get to this realization. Through all the <0.2 covariance values, I have found some peace.