Uhh yeah, pretty much what the title says lol.

Okay, let’s back up about 3 days. I’ve been doing a bit of light research on how to meaningfully extract features out of a song. In fact, this can probably be generalized to sounds in general because I’m by no means an expert on any of this and I’m just scratching the surface of signal processing for audio, period.

I saw how, for songs with more of a synthesized sound (techno, hip hop), the chromagram had a lack of focus for tones and keys. Synthesized sounds also unnaturally organized the spectrogram into treble and bass regions due to the ability to perform digital filtering. The tempogram gave us information about either how consistent tempo was in the song or how cleanly a tempo-setting instrument could be deciphered. This is all fine and dandy, but what exactly will the features of our model be?

In the spectrogram and chromagram world, what exactly are we going to map as features? A few thoughts that came to my head were:

This post will be concentrated on frequency distribution because, well, it’s one hell of a topic…

How do we measure which frequencies exist in a song? Frequencies can pop up anywhere at any time. We saw in Dancing! (under the Dance / Techno category in the last post) that the intro had no bass whatsoever, but immediately after the intro, we had very heavy bass. For Techno, we would hope to see heavy bass in whatever method we use to track the footprint of frequencies. Timing is another thing that comes to my mind, though. What if we took the same sequences of verses, buildups, and drops from Dancing! and just switched them around. They would be a different song, but should still have that techno feel. At the end of the day, we simply want to categorized the genres and not the song itself.

After 3 days of light research, let’s fast forward back to the Mel-Frequency Cepstrum Coefficient (MFCC). This seems to be a very popular method of characterizing frequencies in speech recognition systems, and it also seems to be gaining traction in the music world. It’s quite the journey to understand exactly what an MFCC represents, but I will try my best to capture everything (that I understand). MFCCs consist of a few major steps, all of which are summed up up in the figure below:

The first step is to divide the signal into multiple frames. I believe this is done to break the signal into more consistent bits. In the speech world, I remember reading that the signal is divided into frames of tens of milliseconds so the frequency spectrum of a consistent soundbyte can be captured. If we were to capture the frequency spectrum of an entire word, we lose the sense of time and the words “hello” and “olleh” would have the same frequency response (at least if you literally took the waveform and inversed it).

For each frame, we multiply it by a window function. This simply suppresses the edges of the waveform. This helps capture the true frequency of the waveform because a regular sine wave looks like this and it’s quite easy to extract the frequency response from it:

Because we are somewhat arbitrarily dividing the waveform up into set frames, the waveform at time 0 will not always start at 0 amplitude. If we had cut it off such that the resulting amplitude at time 0 created a cosine wave, there would actually be a sudden jump from an amplitude from 0 to 1, and this may yield some unexpected / unwanted frequencies in the frequency response.

No explanation needed here… get the frequency response.

This one took me a bit of time to understand. To understand the Mel filterbank, we have to understand the context of why it exists and its relation back to the cochlea. Remember in the first post, we had established that humans hear from airwaves vibrating our tympanic membrane, which vibrate the liquid in our cochlea and sends a signal to our brains. That signal is generated when the liquid in the cochlea resonates with little hairs in our cochlea. Each hair at a different depths of our cochlea resonate with different frequencies and send different signals to our brain, and this is how we psychologically distinguish between different tones.

Now, through historical experiments, researchers have actually determined we can distinguish better between tones in the lower frequencies than higher frequencies. I remember reading that we have less cochlea hair cells in the higher frequency ranges, thus we perceive less resolution in that range. Researchers have created the Mel filterbank as one of the standards today to represent human hearing accurately. The Mel filterbank looks something like this:

The Mel filterbank allows us to capture the spectral envelope (the general shape of the frequency response) by measuring the energy within these banks and translating them into coefficients. Here, we would get 12 coefficients because we have 12 banks, and notice we have more coefficients representing lower frequencies than higher ones. In fact, much wider ranges of the higher frequencies are represented by a single coefficient, whereas the resolution between the different lower frequency banks are higher.

The tones that we hear (e.g. from a chromagram) are exponentially increasing in frequency:

Even if we just look at the C’s, the frequency doubles every time we go up an octave. The log transform of the Mel coefficients evens out the scale here. That is all.

This step was perhaps the most confusing for me. That largely stemmed from me not knowing what a DCT (Discrete Cosine Transform) was lol. That’ll do you in, won’t it haha. Let’s start with that first. The DCT is similar to a Fourier Transform in that it tries to map a signal with oscillating signals, in this case, a cosine wave. This video does a great job in explaining the DCT and how it’s used for JPEG compression: 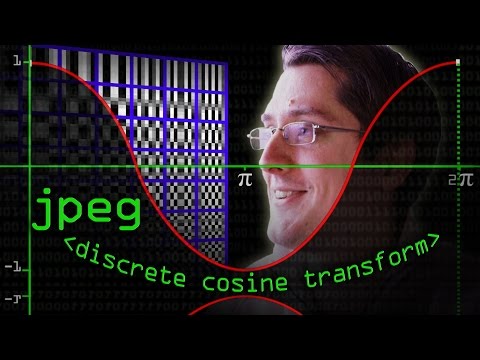 This stackexchange answer also does a good job of contextualizing it with the rest of the MFCC process. In short, we are using the DCT to compress the signal, then we use a lift function to enhance the response.

Ok, so I asked for 10 MFCC’s, and there we see the 10, but that second number is quite big… 2647. I think that indicates the number of frames we took.

Even on a spectrogram, we see our x-axis divided into frames and then each frame converted to a frequency response. Our MFCCs (I think) are not much different, except that the x-axis is MFCC amplitude rather than the notes on this Constant-Q transform.

Okay, it’s getting interesting. From our initial analysis of the example librosa song in post #1, we saw there are 5 distinct phases in the song:

If you watched the DCT video above, you’d see that the first DCT coefficient is representing the waveform with just a constant value, no cosine wave. I’ve read in some papers that the first coefficient somewhat represents pitch, while the remaining coefficients actually tell us more about the shape of the spectral envelope rather than general offset. Is this more important for music genre detection? I don’t know! I’m not a researcher! Far from it. I’ll keep them all in for now and keep this as a parameter to tweak later on if I’m experiencing poor results.

One more thing that does alarm me, though. This is a single song, but we’ve split it up into 2647 frames. In essence, we have 2647 training samples relating to a single song. I thought this exercise might be as simple as each song having one set of input features, but I’m not quite sure if that’s the case anymore.

After googling a tremendous amount, I came across a MIR (Music Information Retrieval) page that literally is doing what I’m trying to do lol… jesus… if only I had found this page a week ago. Is this site credible? It looks like this page is used as the outline for the annual Summer Workshop on Music Information Retrieval at CCRMA @ Stanford. Other than the fact that it’s just random Jupyter notebooks and pages hosted in Github pages, it seems pretty decent! It looks like it’s managed by a Steve Tjoa who teaches at Stanford, so yes, I will choose to trust this source haha.

In this genre recognition notebook by Steve Tjoa, he uses each individual frame of a song as a training sample. He trains on 2 minutes of a song and gathers roughly ~5000 framed samples per song. He then tests on a sample of 10 second extracts of songs consisting of ~430 frames per song. The kicker here is he actually classifies all 430 frames in each song. So we are not only training and testing on songs at this point, but we’re actually training and testing frames of songs. Crazy stuff. He has some logic at the end there that aggregates votes and selects the most common vote.

I have a much better idea of the features I need now. I know that I had planned to explore keys and tempo in addition to the frequency distribution, but this seems like enough of a handful that I’m just going to train a model based on MFCCs and see what happens.

There are a few differences between what Steve Tjoa does in his notebook and what I want to do, so I’ll spend the next post reviewing some of those differences and putting together a script.